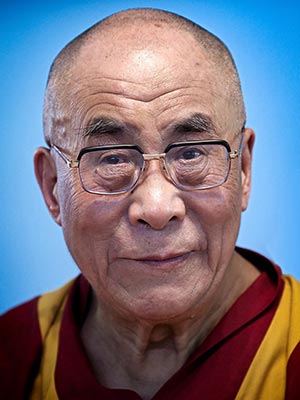 His Holiness the Dalai Lama

Inspiration and Guide of the FPMT

His Holiness the 14th the Dalai Lama Tenzin Gyatso, is the spiritual leader of the Tibetan people. He was born Lhamo Dhondrub on 6 July 1935, in a small village called Taktser in northeastern Tibet. Born to a peasant family, His Holiness was recognised at the age of two, in accordance with Tibetan tradition, as the reincarnation of his predecessor the 13th Dalai Lama, and thus an incarnation of Avalokitesvara, the Buddha of Compassion.

Lama Thubten Yeshe was born in Tibet in 1935. At the age of six, he entered the great Sera Monastic University, Lhasa, where he studied until 1959, when the Chinese invasion of Tibet forced him into exile in India. Lama Yeshe continued to study and meditate in India until 1967, when, with his chief disciple, Lama Thubten Zopa Rinpoche, he went to Nepal. Two years later he established Kopan Monastery, near Kathmandu, in order to teach Buddhism to Westerners.

In 1974, the Lamas began making annual teaching tours to the West, and as a result of these travels a worldwide network of Buddhist teaching and meditation centres—the Foundation for the Preservation of the Mahayana Tradition (FPMT)—began to develop.

In 1984, after an intense decade of imparting a wide variety of incredible teachings and establishing one FPMT activity after another, at the age of forty-nine, Lama Yeshe passed away. He was reborn as Ösel Hita Torres in Spain in 1985, recognised as the incarnation of Lama Yeshe by His Holiness the Dalai Lama in 1986, and, as the monk Lama Tenzin Osel Rinpoche, began studying for his geshe degree in 1992 at the reconstituted Sera Monastery in South India. Lama’s remarkable story is told in Vicki Mackenzie’s book, Reincarnation: The Boy Lama (Wisdom Publications, 1996). 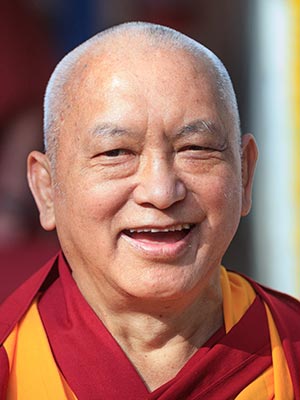 Lama Zopa Rinpoche, FPMT’s Spiritual Director, is the reincarnation of the Sherpa Nyingma yogi, Kunsang Yeshe, “The Lawudo Lama”. Rinpoche was born in 1946 in Thami, not far from the cave at Lawudo, in the Mount Everest region of Nepal, where his predecessor meditated for the final 20 years of his life. From time to time whilst giving teachings at various centres around the world, Rinpoche would tell stories of his childhood, in Thami, then in Tibet, where he went when he was ten, and finally India, where he first met Lama Thubten Yeshe, with whom he would remain as heart disciple until Lama passed away in 1984.

Geshe Rabten, joined Sera Jey Monastery in 1978 at the age of fourteen. In 1980 he received novice ordination from Ling Rinpoche and in 1984 full ordination from His Holiness the Dalai Lama.
In 1999 Gen-la received his Geshe Lharam degree and in 2000 he undertook tantric studies in Gyume Tantric Monastery, successfully completing his tantric studies examination in 2002.
Following that, Geshe Rabten held various teaching and other important positions in Sera Jey Monastery including “Disciplinarian” and “Master of the Debate Ground”, where he supervised and guided the monks whilst they were debating. 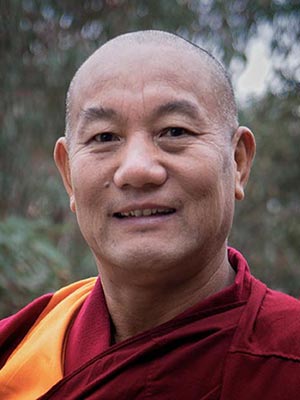